Kirkor started training in Gojo Ryu Karate while he was in high school. Being a UFC fan, he understood that in order to be well rounded he also needed to study grappling arts. When the school day ended he would start the long trek from Old Saybrook to New Britain to train in grappling and striking with Randy Rowe and Ted Govola, Jr., both very accomplished fighters and grapplers. After many hard years of training and fighting, Kirkor found himself more interested in the aspects of grappling. He began refining his training towards grappling and competed in every tournament he could travel to.

Kirkor has an eclectic approach to grappling and utilizes techniques from Jiu-Jitsu, Catch Wrestling, Sambo, and Judo. Some of his favorite techniques are leg locks and flying armbars, of which he has many wins with. Kirkor is a regional and national grappling champion with many expert titles from NAGA. His proudest victory was during the 2015 New Haven NAGA Championships, where he defeated a 4th degree BJJ black belt by a knee bar. Kirkor has trained many competitors to the expert level as well as championship belts and as a coach Kirkor has won five NAGA team cup awards. 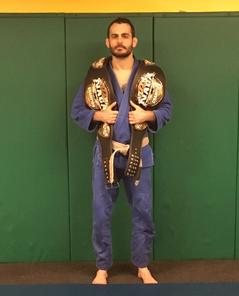